Philippine President,Duterte has threatened to jail anybody refusing covid-19 vaccine 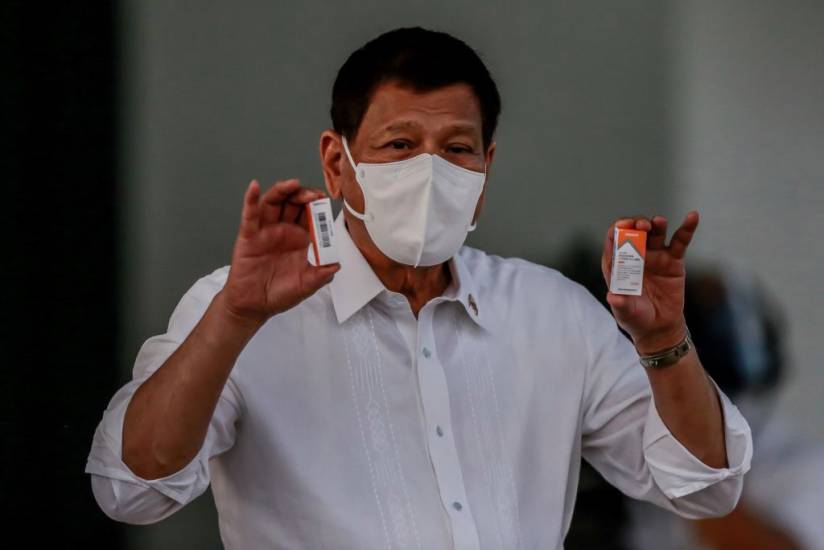 Oyogist.com has learned that Philippine President Rodrigo Duterte has threatened to jail people who refuse to be vaccinated against the coronavirus as his country fights one of Asia’s worst outbreaks, with more than 1.3 million cases and 23,000 deaths.

“You choose, vaccine or I will have you jailed,” Duterte said in a televised address on Monday following reports of low turnouts at several vaccination sites in the capital, Manila.

Duterte threats are totally not in line with the earlier rules which has that While people are urged to receive the Covid-19 vaccine, it was voluntary “Don’t get me wrong, there is a crisis in this country,” Duterte said.

“I’m just exasperated by Filipinos not heeding the government, he said.

“As of June 20, Philippine authorities had fully vaccinated 2.1 million people, making slow progress toward the government’s target to immunize up to 70 million people in the country of 110 million this year.

Duterte, who has been criticized for his tough approach to containing the virus, also stood by his decision not to let schools reopen.