Copyright 2021 - All Right Reserved
Home Breaking News VIDEO: Davido Gets tattoos of his Three children on his body
Breaking NewsBusinessCelebritiesEntertainment

VIDEO: Davido Gets tattoos of his Three children on his body 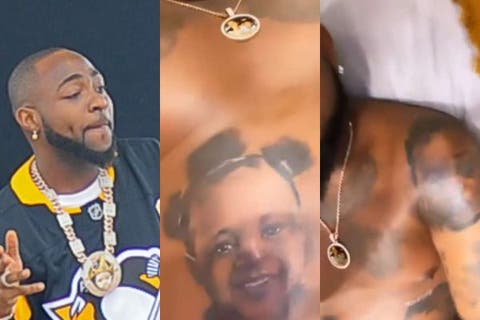 DMW Boss, David Adeleke, staged name as Davido, has gotten tattoos of his three children on his body.

In a video shared online, the Fem coroner was seen showing off the freshly made tattoos of his three children, Hailey, Imade and David.

This is coming a day after the singer released video for his ABT Album Track, “The Best” featuring mayorkun.

Nigerians returning back from Saudi Arabia reject plan to quarantine