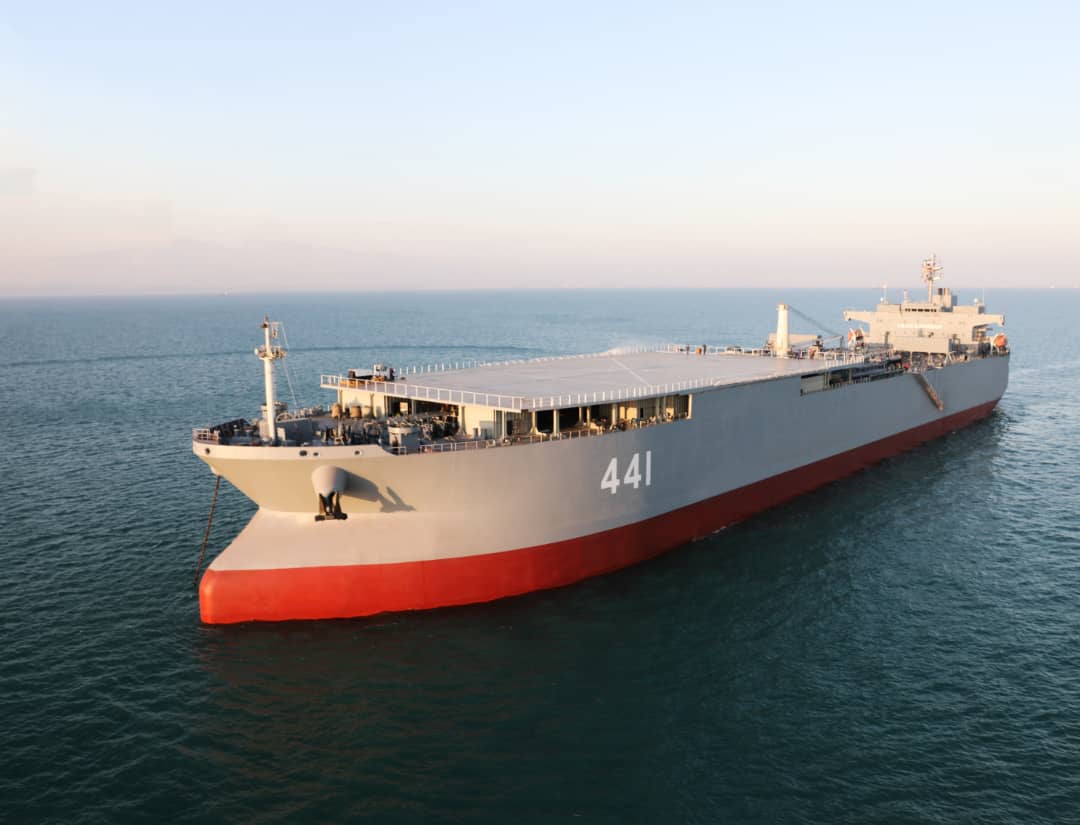 Iran’s navy has officially inducted the country’s largest military vessel into its fleet during a maritime missile drill at a time of heightened tensions with the US over its nuclear programme.

The indigenously-made forward base ship IRIS Makran, which is claimed to be ready to carry up to 5 helicopters, joined the fleet with another ship that’s capable of firing missiles.

The 228-metre (748-foot) long warship, previously an oiler , has been repurposed to supply logistical support, perform search and rescue missions, deploy Special Forces , replenish and transport supplies, offer medical assistance, and act as a base for fast boats.

They will fire surface-to-surface cruise missiles within the sea, test out missiles from submarines, conduct Special Forces operations, and deploy unmanned aerial vehicles as a part of the two-day drill being conducted within the Sea of Oman.

“By organising this drill we will evaluate our ability to reply to potential threats from the enemy during a timely manner and improve our performance through addressing weaknesses and boosting strengths,” said Admiral Hamzeh Ali Kaviani, who acted as the spokesman for the drill.

The US and its regional allies, particularly Saudi Arabia and Israel, see Iran’s missile programme as a security threat with fears that Tehran might use its long-range missiles to hold nuclear warheads.