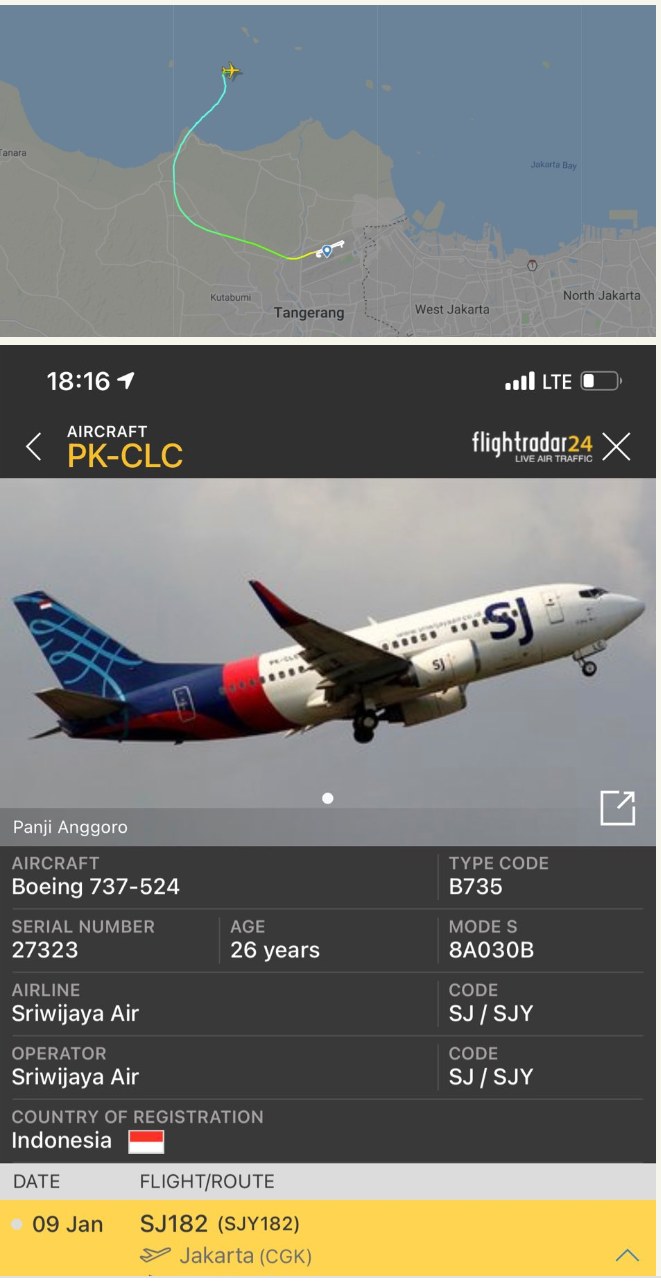 “Confirmation of lost contact. The incident was around 14 o’clock and is currently still under investigation,” he said when confirmed.

Quoted from flightradar24, the Sriwijaya Air plane for the Jakarta-Pontianak route departed from Soekarno-Hatta Airport, Tangerang, Banten at 14.36 WIB.

While the estimated arrival is scheduled for 15.15 WIB.