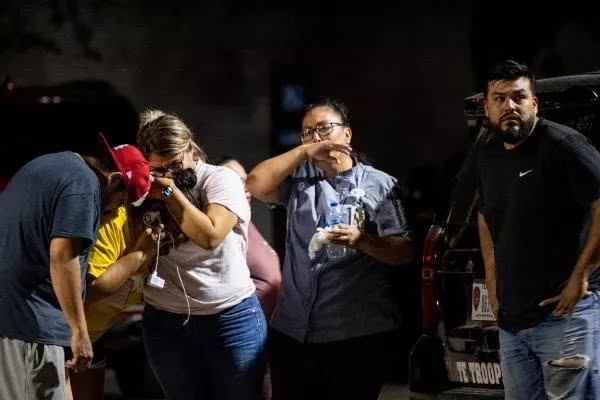 Not less than 19 children and 2 Adults have died following a shooting at Robb Elementary School in Uvalde, Texas, according to authorities, Oyogist reports.

Just one victim had been identified as of Tuesday evening: fourth grade teacher Eva Mireles.

Although the alleged shooter’s motive remained unknown as of Tuesday evening, US President Joe Biden ordered U.S. flags to fly at half-staff through Saturday.

He also urged Americans to pray for the families of victims who lost their lives in the massacre.

“To lose a child is to have a piece of your soul ripped away. It is never quite the same. And it’s the feeling shared by the siblings, grandparents, families, and communities left behind.

“I ask the nation to pray for them, to give them strength in the darkness they feel.

Outrage As Headies Exclude Singer, Victony From List of Next Rated Artist Nominees