Outrage As Headies Exclude Singer, Victony From List of Next Rated Artist Nominees 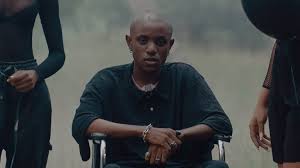 Several social media users recently called out organisers of the 2022 Headies Award, after singer, Victony Was excluded from the list of nominees for next rated artist, Oyogist reports.

Victony had recently rose to limelight last year after his collaboration with Mayorkun, went viral nationwide.

However, in what many described as a shocking turn out of events, the singer was recently snubbed out of a list of nominees for the next rated award category.

A Twitter user identified as Daniel, shared his opinion regarding the nomination process, as he described the award as a big joke.

His post read
“The Headies Award is a big joke, the organizers are too biased. How can Portable who has no hit song bag multiple nominations whereas Victony gets snubbed; & Kizz Daniel gets only one nomination despite producing better music than Wizkid, Davido & Co. This is beyond insulting.
2022 HeadiesVictony
Share
0
FacebookTwitterPinterestLinkedinRedditWhatsappTelegramViberEmail