“Is Aso Rock now a sickbay? – Comrade Adeyanju Question as he Expresses Worry over Tinubu’s health 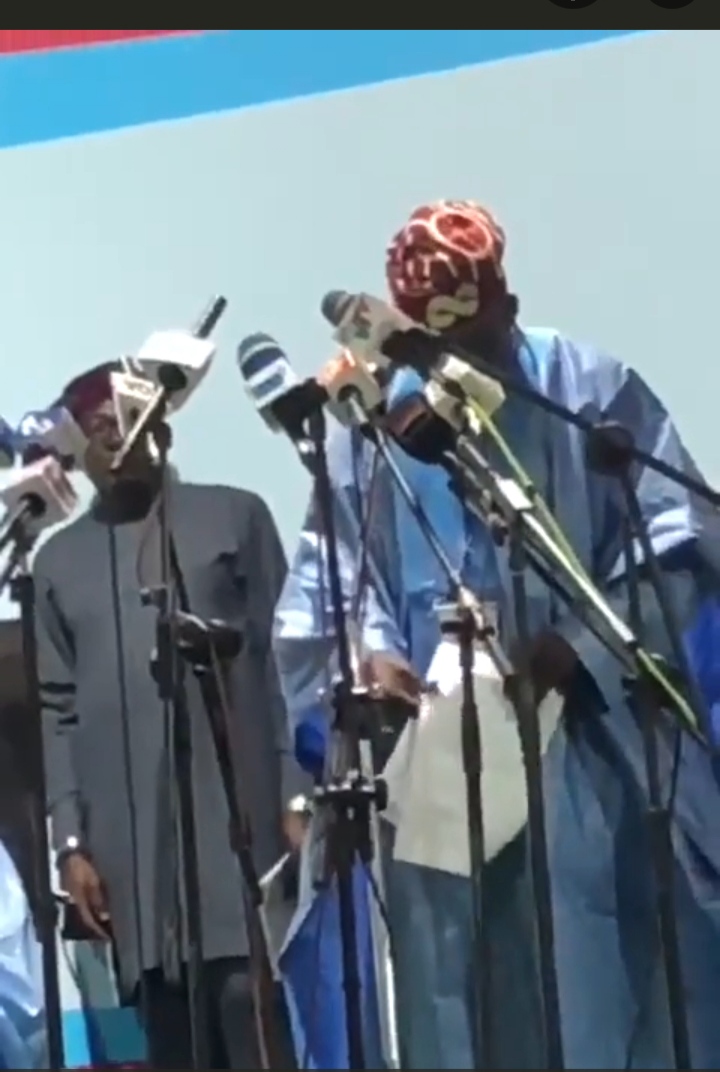 Abuja based activist and lawyer, Comrade Deji Adeyanju has shared his reactions regarding the ongoing APC Convention, Oyogist reports.

The activist, in a post on his Twitter page wondered if Aso rock is now a sick bay, where old people are being admitted.

Recall the former Lagos state governor had stirred massive reactions online after a video of him shaking profusely while he was called upon to deliver a speech circulated to the general public.

He was also accused of snubbing Vice President, Yemi Osinbajo at the Eagles square, Abuja.

According to sources, the presidential hopeful had greeted Buhari and his wife, Aisha, but forgot to greet Osinbajo.

However, he was later called back by one of his aides who advised him to greet the vice president.