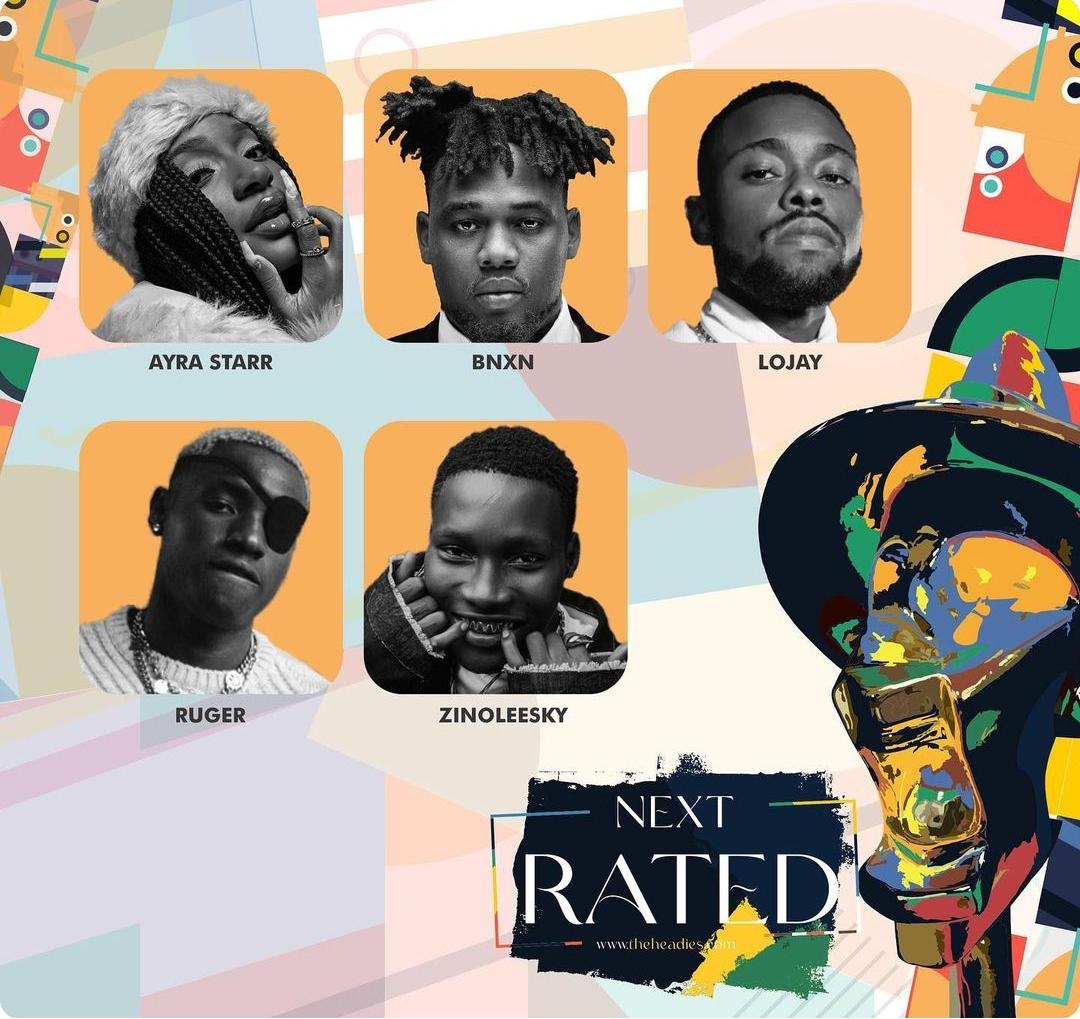 Nominees for the 2022 Headies award have been announced, and BNXN, Ruger, Zinoleesky, and others were all nominated in the Next Rated category, Oyogist reports.

The most controversial category in the Headies, the Next Rated, appears to be on track this year, with no unexpected nominations.

The next rated nominees kicked off the year on a good note, as their songs have so far reached millions of people around the world, suggesting their potential to take over the world in the months and years ahead.

The Next Rated This category is a voting category for the most promising act (with an EP or Album) in the year under review.