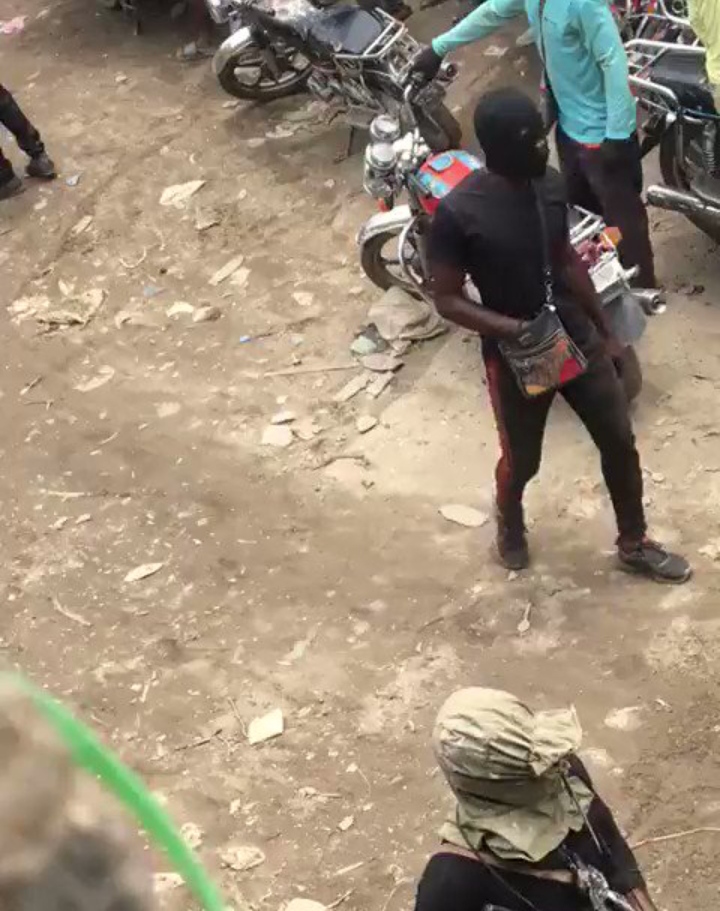 Several southeast residents were seen applauding unknown gunmen after they reportedly arrived a local government in their numbers, Oyogist reports.

The gunmen who wore masks were spotted with several weapons while they moved around the area, as residents cheered and gave them a round of applause.

Over the past few weeks, the activities of gunmen in the south eastern region has drawn major attention from far and wide, with several Nigerians calling for a change.

Recall Oyogist had earlier reported that several unidentified gunmen had launched an attack on Aguata Local government, causing severe pandemonium in the area.