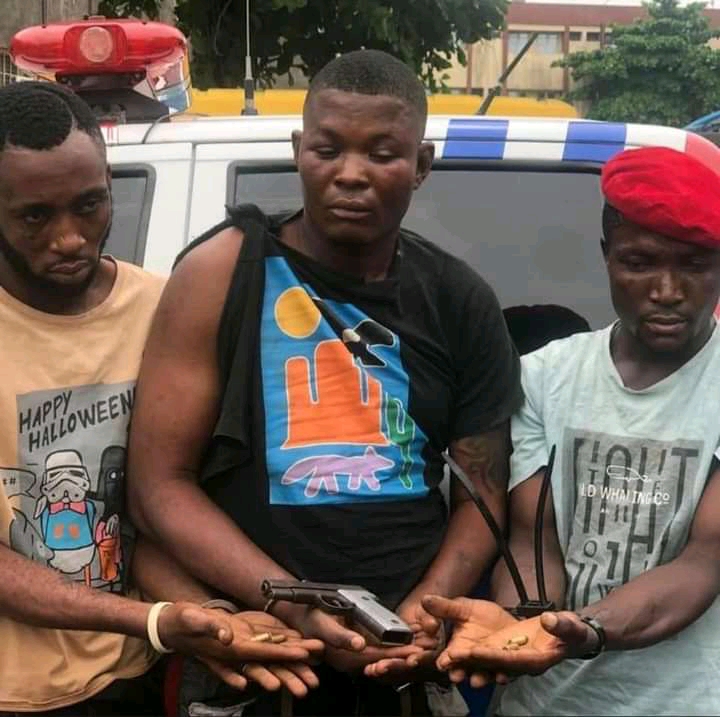 Nemesis finally caught up with the leader of a notorious armed robbery gang in Lagos.

Oyogist gathered that the suspect identified as Emeka Igwe Popularly referred to as ‘Odogwu’ leads a notorious gang of robbers who terrorise innocent Lagosians.

Until his arrest, Emeka Igwe allegedly had links with some top politicians in the state, who hire him for their persual.

Items recovered upon his arrest were three locally made pistols, with several rounds of ammunition.