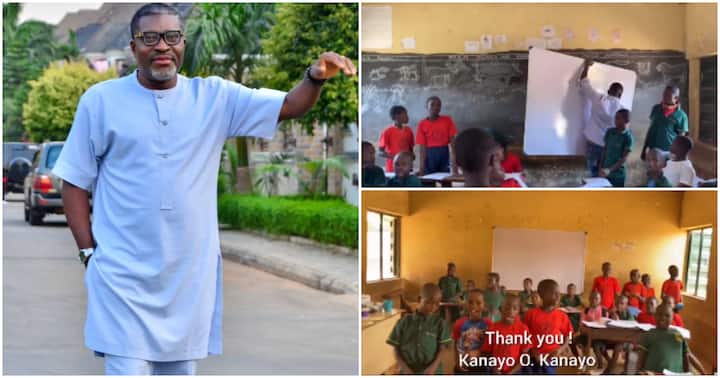 Oyogist has learned that veteran nollywood actor, Kanayo O. Kanayo has taken to social media with a post highlighting some of his philanthropic activities .

The actor announced that he has fulfilled his promise of donating marker boards to the primary schools he attended when he was much younger.

He also shared a video showing the installation process and the thankful school students was also uploaded to the actor’s Instagram page.

Sharing the update, Kanayo wrote: “My dear friends, Pledge made and fulfilled . Recall that on my birth date 01/03 , I pledged 20 MARKER BOARDS to the two Primary Schools I attended in Enugu to kick off my birthday celebrations which will be ongoing till end of the year. THEY SHOULD NOT BE USING BLACKBOARDS. The MARKER BOARDS have been mounted.”

SHOCKING: Man Bags Two Month Imprisonment after lying to police about racist attack he staged on himself