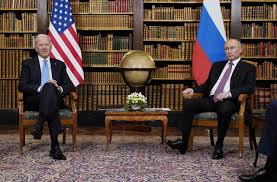 “President Biden voiced the deep concerns of the United States and our European allies about Russia’s escalation of forces surrounding Ukraine and made clear that the US and our allies would respond with strong economic and other measures in the event of military escalation,” the White House said in a statement soon after the video conference.

Biden stressed “support for Ukraine’s sovereignty and territorial integrity and called for de-escalation and a return to diplomacy,” the statement said.

According to the White House, Biden and Putin agreed that their respective teams would “follow up” on the summit, underlining that the next US move would be “in close coordination with allies and partners.”