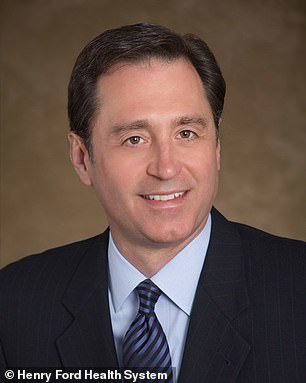 Oyogist has learned that a former marketing Vice president of birth Carolina hospital, David Duvall has been awarded a $10million ‘reverse discrimination’ payout from the hospital which fired him and replaced him with two women, one of whom is black.

David Duvall was reportedly fired by Novant Health in South Carolina by 2018, five days before his fifth work anniversary.

At the time, he was the Senior Vice President of Marketing and Communications He says he was not given a reason for the firing, and was even told by his supervisor that he had done nothing wrong.

Duvall’s role was then awarded to two women; Kate Everett and Vicky FreeEverett, who is white, worked beneath him and was promoted to Chief PR and Communications Officer Free, who is black, was brought in as the Chief Marketing Officer.

According to Duvall, he was replaced by the company as part of its five-year inclusion and diversity plan.

He Futher alleged that he is one of five white men who lost their jobs that way in the healthcare group .