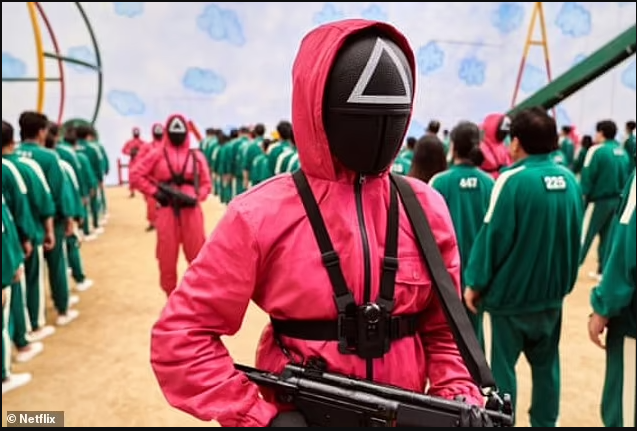 An English council in an email sent to parents and guardians urged them not to allow their children to watch the show due to its graphic nature and the amount of violent content.

The Central Bedfordshire council’s education safeguarding team advised them to ‘be vigilant after hearing reports that children and young people are copying games and violence’ from the show.

Squid game, a survival drama, features gruesome scenes of characters being shot in the head and organ harvesting.

The movie also contestants take part in versions of traditional children’s games, with the winners progressing to the next stage.

Those who failed the tasks are executed by a masked death squad standing by with machine guns and other electric methods.

The movie has so far Gained massive popularity worldwide, as it is currently one of the most watched series on Netflix, topping money Heist.

“I’m giving all my love to my dog, not humans”- Erica