“It would be incredibly tough – UK Prime Minister, Boris Johnson says he can’t guarantee an improvement in Rape Review targets 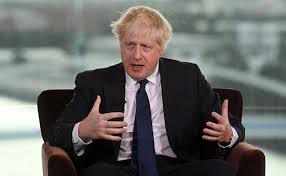 The UK Rape Review target was commissioned in 2019, as it sought to reduce the number of rape cases going to court to “at least 2016 levels” when there were 5,190 prosecutions and 2,991 convictions.

However, the prime minister said achieving this by 2024 would be “incredibly tough”.”We will do everything that we can, we are throwing everything at this,” the PM said.

Mr Johnson also refused to confirm if he would be able to look a rape victim in the eye and tell them they had a high chance of achieving justice.

“I want everybody to have that confidence and at the moment I have got to tell you that the answer to that is no I don’t think people do have enough confidence in the criminal justice system to deal with that accusation, those reports fast enough,” the PM said.

“And I don’t think people have a feeling that the police are handling these issues fast enough either. And that has, certainly, lead to this feeling of fury, frustration, betrayal on the part of millions of people – most of them women – about what is happening.” He said Further.

FG approves 75,000 Naira stipend to be paid per semester to education students in public tertiary institutions