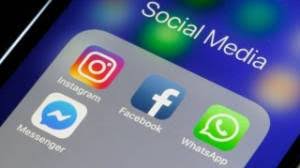 Oyogist has learned that a former Facebook employee, Frances Haugen has described Instagram as “worse” than other social media apps because of its function as a picture-sharing site.

She said TikTok is largely about doing fun things with friends, Reddit is about sharing ideas and Snapchat uses augmented reality filters.

She also insisted that the company has ‘misled the public’ on misinformation and Artificial intelligence.
facebookFrances Haugeninstagram
Share
0
FacebookTwitterPinterestLinkedinRedditWhatsappTelegramViberEmail

“I was actually happier when I was poor”- Akon reveals

“It would be incredibly tough – UK Prime Minister, Boris Johnson says he can’t guarantee an improvement in Rape Review targets