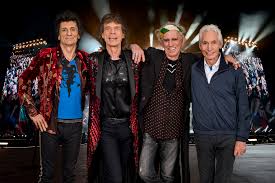 80-year-old watts recently pulled out of an upcoming US tour after a medical procedure.

In a statement the Stones said: “It is with immense sadness that we announce the death of our beloved Charlie Watts.

“He passed away peacefully in a London hospital earlier today ­surrounded by his family.
“Charlie was a cherished husband, father and grandfather and also as a member of the Rolling Stones one of the greatest drummers of his generation.

“In a recent interview with The Sun’s Something For The Weekend, bandmate Keith Richards said: “He’s absolutely the coolest guy I know, my aim is to get as cool as Charlie.”