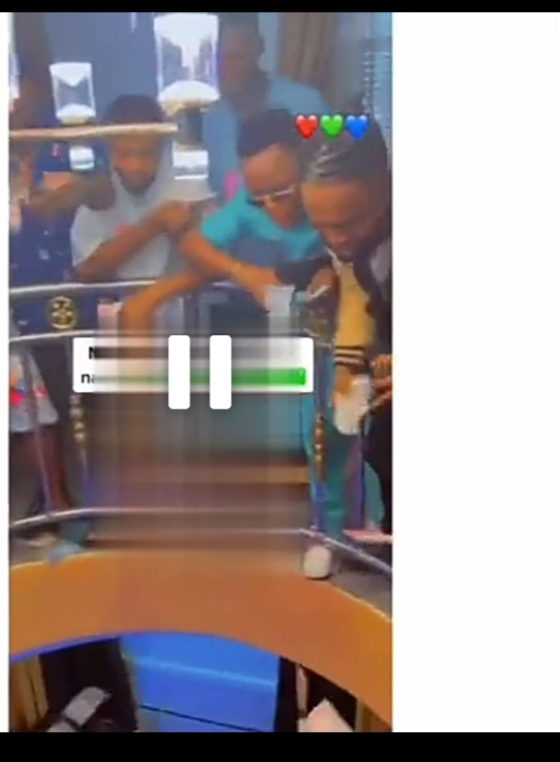 Some suspected yahoo boys in Lagos were recently captured spraying just 50 Naira notes on their chairman who celebrated his birthday, Oyogist reports.

The party, which held at a club in Lagos Island elited massive reactions among most Nigerians who suggested that those spraying the money might have considered the nature of our present economy.

As seen in the video, several guests at the occasion dropped the naira notes from the top of the stirs as it rained on their chairman who was visibly excited.