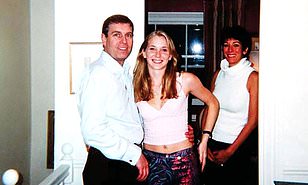 The papers, which were filed today by Prince Andrew’s legal counsel, Andrew Brettler, contained a detail rebuttal of all of Roberts’ claims, and also requested that the Royal be granted a trial by jury.

The Duke of York is currently preparing to Face a bitter court battle in the United States.

Andrew had highlighted how he had invited more guests at his daughter’s wedding than elder brother Prince Charles did for Harry.

Andrew said: “It will NOT be the same as the previous one that was held in May. This is not a public wedding, this is meant to be a family wedding.

“There’ll be a few more people than most people have. There are a few more than Harry had, but that’s just the nature of Eugenie and Jack – they’ve got so many friends that they need a church of that size to fit them all in,” he concluded.
Prince AndrewVirginia Roberts
Share
0
FacebookTwitterPinterestLinkedinRedditWhatsappTelegramViberEmail