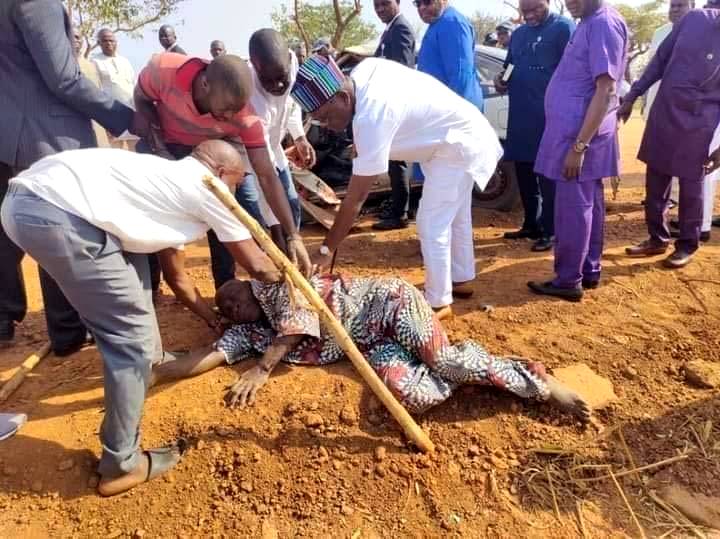 It was gathered that the Governor was on his way to Gboko for a Sunday Church Service when his convoy got to the accident scene just few minutes after the mishap.

According to the Chief Press to the Governor, Mr. Nathaniel Ikyur, the Governor Ortom halted his convoy when his attention was drawn to the accident.

He said the Governor supervised the rescue of an elderly victim of the accident who was trapped in his badly damaged Toyota ‘Duck Nyash’ car.

“The Governor also ordered his security vehicle to convey the man who was in critical condition to a nearby hospital and directed his Commissioner for Health and Human Services, Dr. Joseph Ngbea to lead them to the hospital” Ikyur said.