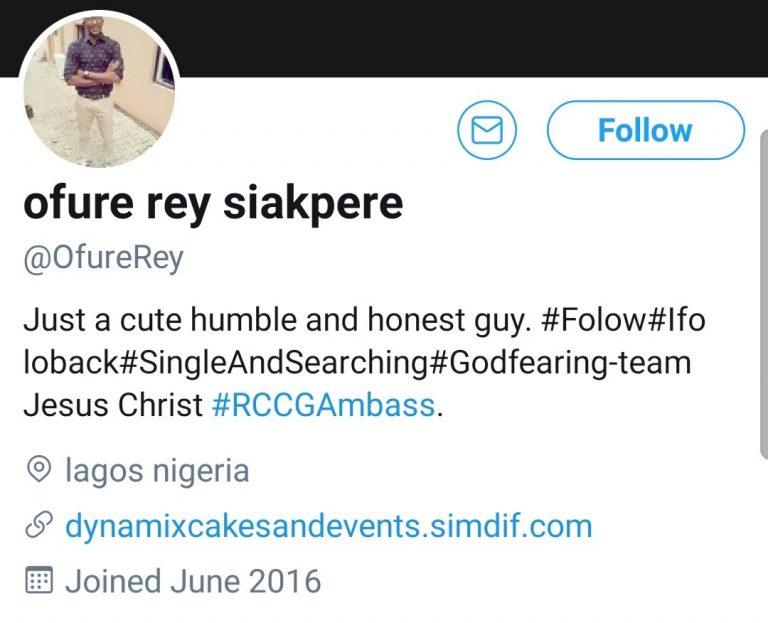 Oyogist has learned that a pastor/Businessman Identified as Rey Siakpere has been sentenced to life in prison for raping and impregnating his 14-year-old in-law.

Rey was 35 at the time he committed the offence around March 2018 at his residence located at No. 10, Salaudeen Imam Street, Lagos.

In court, the minor recalled being overpowered and defiled at least 15 times by Siakpere who is married to her aunt.

Siakpere is well known for his activeness on Twitter before he was charged to court and jailed for rape.

His Twitter bio speaks of his love for God and has the hashtag #God-fearingteam and “Jesus Christ” boldly displayed on it.

However, Justice Abiola Soladoye of the Lagos high court ruled that the prosecution proved their case beyond any reasonable doubt and also brought in witnesses who gave “compelling and convincing” accounts.

Asides being sentenced to life imprisonment with no option of fine, the convict’s name will also be registered in the Sex Offenders Register of Lagos state government.