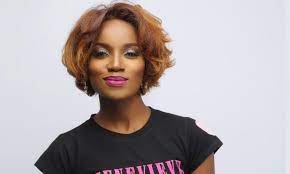 Oyogist.com has learned that Nigerian singer, Seyi Shay has announced her engagement.

Seyi Shay made this known in a recent interview with Beat Fm.

Flaunting her ring, the singer confirmed she said yes to a man who promised to marry her.

She, however, failed to reveal the identity of the man.

The interviewer asked “Is that ring an engagement?”

Responding, Seyi Shay said, “Yes, I am engaged, some guy gave it to me and would marry me.

“It’s a diamond ring for real and it’s forever.

“I was already glowing before I met him, if I was not a package, I wouldn’t have said yes.”