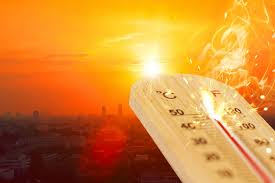 Oyogist.com has learned that Australia has recorded the highest temperature in 62 years.

A city in Western Australia recorded the country’s hottest day on record at 50.7 degrees Celsius, according to the Bureau of Meteorology.

Such temperatures could become commonplace in Australia due to global warming, the country’s Climate Council has warned.

Onslow reached an unprecedented 50.7°C, which is a Western Australian record and corresponds to Australia’s hottest day set 62 years ago in Oudnadatta, South Australia, AFP reported.

The last temperature of 50.7 °C was recorded on January 2, 1960 at Oudnadatta Airport in South Australia.