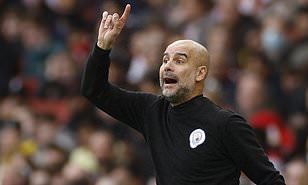 According to reports reaching oyogist.com, Manchester city manager, pep Guardiola has revealed that the club have endured fresh coronavirus cases ahead of Saturday’s title clash with Chelsea.

Few months ago, Guardiola alongside 20 other first-team players and staff were forced into self-isolation last week after a spate of positive cases.

The City manager was back to take training on Thursday but suggested that City are not clear of their outbreak. Saturday’s game at the Etihad Stadium is set to go ahead as scheduled.