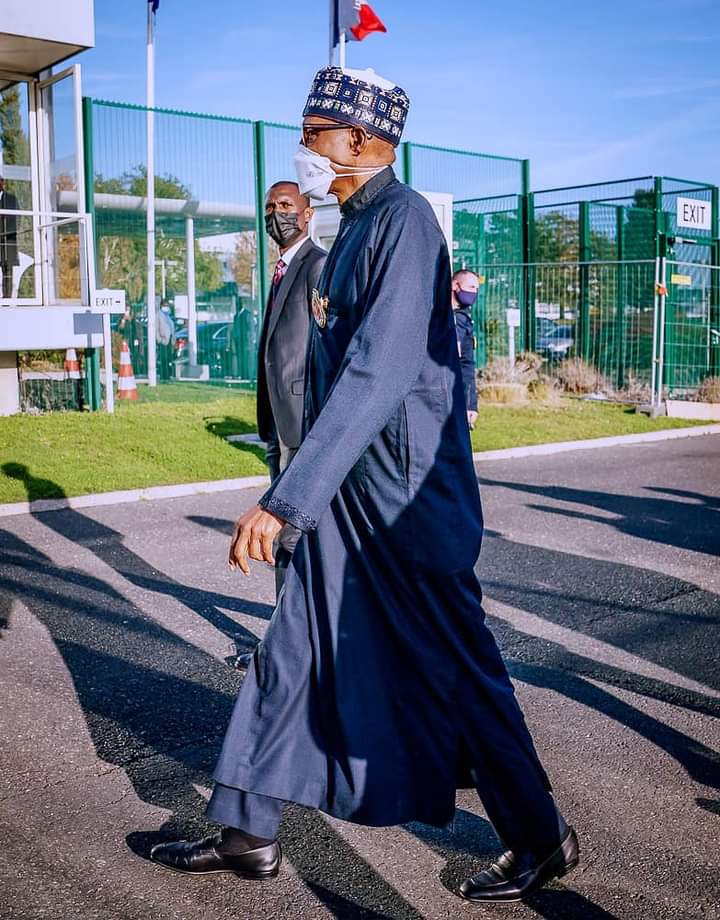 According to a statement released by Femi Adesina, Special Adviser to the President on Media & Publicity which read;

“The President’s plane touched down at Le Bourget Airport at 2.45pm. During the official visit on Wednesday, President Buhari will meet with his French counterpart to discuss issues of mutual interest for both countries, particularly on strengthening economic ties, improving partnership on security, and working jointly on education, health and halting the threats of COVID-19 to the global economy.

From Thursday, President Buhari will join world leaders, heads of international organisations, leaders of civil society and the private sector at Grande Halle de La Villette to strategize on better governance for a world of peace, with plenaries, master classes and workshops.

The President is scheduled to make a remark at the event to share the peculiarity of the Nigerian experience with the world, and efforts undertaken so far for peace.

Other speakers include President Macron, Vice President Kamala Harris of United States, and Sheikh Hasina, Prime Minister of the People’s Republic of Bangladesh.

This year, the leaders will review 80 projects designed to improve peace across the globe and ensure more harmonious living like reforming capitalism for more impact on global economy, responding to the urgency of climate change, fake news and the challenge it poses on journalism and cyber security.

The first edition of the Paris Peace Forum took place from November 11 -13, 2018, as part of the Armistice Day centenary commemorations, and was attended by over 110 foreign delegates, including 54 heads of state and government, showcasing 120 global governance projects and welcomed 6000 individuals over the three days.

German Chancellor Angela Merkel and UN Secretary-General António Guterres joined President Macron in each making an opening remark at the beginning of the Forum.“