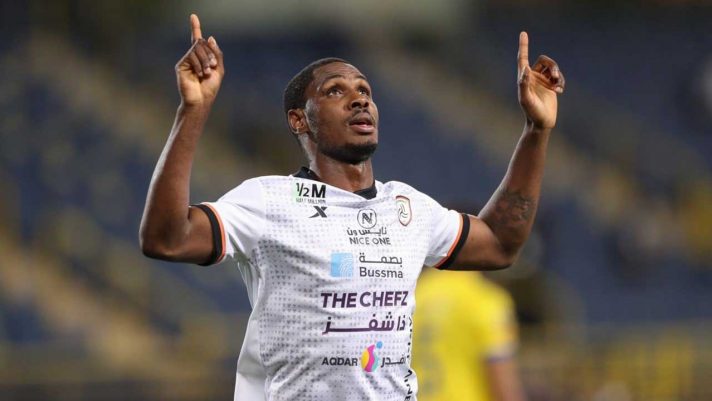 Super Eagles returnee Odion Ighalo has won the West Asia player of the month award for October after an impressive performance for his Saudi Arabian club, Al-Shabab, Oyogist.com reports.

Al-Shabab confirmed the award on their Instagram page before the Nigerian international also reshared on his social media pages.

Ighalo has scored nine goals in 11 league games for Al-Shabab this season, with four coming in October.

Recall that Ighalo was recalled to the Super Eagles for the 2022 World Cup qualifiers against Liberia and Cape Verde later this month by Gernot Rohr, more than two years after he retired from international football.

He had announced his retirement from international football after the Super Eagles’ third-place finish at the 2019 Africa Cup of Nations.

Ighalo made his Super Eagles debut in 2015, going on to make 35 appearances before retiring from international football.