All You need to know about Ethiopia’s Raging Conflict 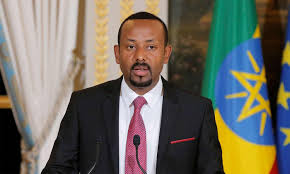 Ethiopia, the second most populated country in Africa has noticed a significant increase in conflicts across the region.

Recall earlier in November 2020, Ethiopian Prime minister, Abiy gave the go-ahead signal for a military offensive in the northern Tigray region and assured Ethiopians that the conflict would be resolved swiftly.

The conflict in recent times has escalated quickly, and have left thousands dead, displaced as fear of famine increases on a daily basis.

The long lasting feud between Abiy and the region’s former ruling party, the Tigray People’s Liberation Front (TPLF), led to a series of unrest as it was fueled by distrust among top leaders in the country.

Fears are growing that the un-ending conflicts in tigray could actually lead to a more wider crisis with the potential to pull Africa’s second-most populous country apart.

How Did Conflict in Ethiopia Start

Tigray, the country’s capital has been the center stage of conflicts dating as far back, oyogist reports.

Ethiopia is made up of 10 regions — and two cities — with an autonomous system of governance, including a regional police and military presence.

Shortly after Ethiopian ruler, Abiy Ahmed came ino power, the TPLF had controlled major parts of the country with an iron grip for decades, overseeing a period of stability and economic growth at the cost of basic civil and political rights, but Years later, a popular uprising came up that led to Abiy’s predecessor, Hailemariam Desalegn, resignation.

In 2018, Abiy was announced as prime minister and issued out a new rearrangement order of the ruling coalition that the TPLF had founded — the Ethiopian People’s Revolutionary Front, or EPRDF, which was composed of four parties — into a single, new Prosperity Party, ostracizing the TPLF in the process.

In his quest for an entirely developed pan-Ethiopian political party, Abiy sparked fears in some ethnically-defined regions, including Tigray which was initially under threat.

Leaders in Tigray withdrew to their mountainous heartland in the north, where they continued to control their own regional government.

In September 2020, major Tigray residents defied Abiy’s order by forging ahead with a regional parliamentary elections that he had delayed due to the coronavirus pandemic.

The votes were called off by Abiy, as he described the process as criminal.

On November 4, 2020, Abiy ordered a military assault against the TPLF group after accusing them of Attacking an army base outside Tigray’s regional capital, Mekelle and attempting to steal its weapons.

Abiy declared the offensive a success after just three weeks when government forces took over Mekelle, and installed an interim administration loyal to Addis Ababa.

But a year on, it’s far from over as the crisis lingers on.

MTN to sell $242m worth of shares from its Nigerian business