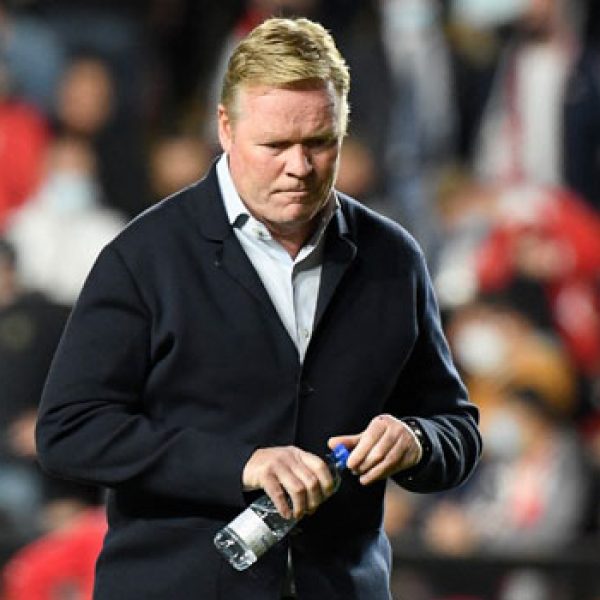 Oyogist has learned that FC Barcelona has suspended Ronald Koeman as it’s coach.

the club announced this on Wednesday evening, shortly after defeat by Rayo Vallecano left the club ninth in La Liga.

Barca have won only two of their last seven league games under Koeman, a run that included losing to Real Madrid in Sunday’s Clasico at Camp Nou.

A poor start to the season has raised the possibility of the team failing to qualify for next season’s Champions League, which would have enormous consequences for the club’s already-dire financial situation

.A club statement released after midnight in Spain on Wednesday read: “FC Barcelona has dismissed Ronald Koeman as coach of the first team tonight.

“The president of the club, Joan Laporta, has informed him after the defeat against Rayo Vallecano. Ronald Koeman will say goodbye to the squad this Thursday at the Ciudad Deportiva.

“The FC Barcelona wants to thank him for his services and wishes him good luck in his career.”