Human remains found in Florida confirmed to be Brian Laundrie 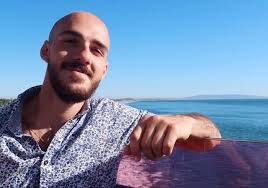 According to reports reaching Oyogist.com, human remains were reportedly found Wednesday at a Florida reserve.

The FBI on thursday confirmed the remains belong to Brian Laundrie a person of interest in the murder of his fiancee, Gabby Petito.

The FBI said the discovery comes after a weeks-long manhunt at the Carlton Reserve following the disappearance and death of his 22-year-old fiancée, Gabby Petito.

“A comparison of dental records confirmed that the human remains found at the T. Mabry Carlton, Jr. Memorial Reserve and Myakkahatchee Creek Environmental Park are those of Brian Laundrie,” the bureau said.

Petito was reported missing by her family on September 11, and Laundrie’s parents reported him missing days after. Laundrie had returned from a cross-country trip at the beginning of September without her.

Petito’s body was found near Grand Teton National Park in Wyoming on September 19. Earlier this month, a Teton County coroner determined that Petito was strangled to death, and that the manner of death was a homicide. He said he believed her body had been outdoors for 3-4 weeks.

Laundrie has not been charged in Petito’s death. But a court in Wyoming issued an arrest warrant for him in late September, accusing him of using a debit card to make unauthorized withdrawals of more than $1,000 between August 30 and September 1.

Welcome to the global day of me, Actress Hilda Dokubo says as she celebrates 52nd birthday today