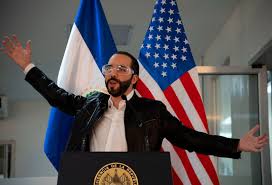 Oyogist has learned that El Salvador’s President Nayib Bukele said that it plans to use some of the country’s bitcoin to build a veterinary hospital.

The president tweeted a video on Sunday of a model of the pet hospital he planned to build using the profits from the 700 bitcoin his country bought in late September, worth roughly $31 million at the time.

The Central American country, which adopted bitcoin as legal tender last month, will be using $4 million worth of the profits it’s made from its bitcoin holdings to fund building a gleaming white, airy hospital for pets with grass lining its roof.

“Bitcoin is good for pets,” Bukele said in a tweet that followed the thread about the lavish building.

“By the way, we’re not selling any #BTC , we are using the USD part of the trust, since the #BTC part is now worth more than when the trust was established,” Bukele said.