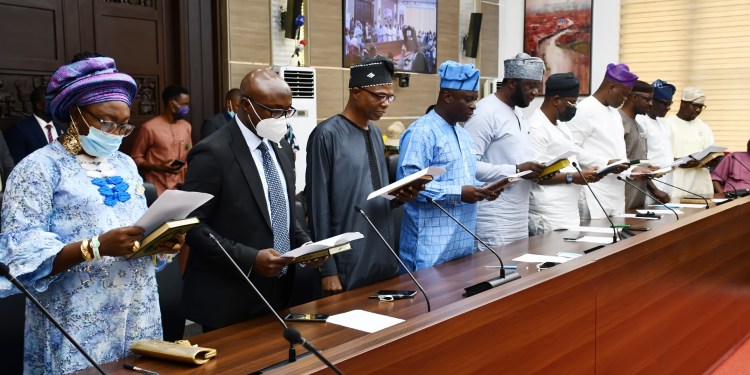 According to report reaching oyogist.com, Governor Seyi Makinde has sworn in newly and re-appointed commissioners in the state.

The ceremony took place on Monday at the Governor’s Office, Secretariat, Ibadan.

In his address Governor Seyi Makinde said the appointment was part of the administration’s role to ensure that the country’s judicial system works effectively.

He said his administration has approved and put in place welfare packages that would that improve the standard of living of the judicial workers.

According to him we have approved and started implementing welfare packages for judges both serving and retired through the revised pension and gratuity scheme.

Speaking with newsmen, the newly appointed President of the Oyo state court of appeal Justice Mashood Abbas said he would continue to ensure that judicial matters would be carried out judiciously and with the fear of God.