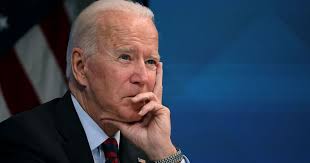 OYOGIST has learned that US President Biden administration have managed to reunite only 52 of at least 1,000 separated migrant families.

The official tasked with reuniting families Dislcosed this during a 60 minutes interview with newsmen.

Michelle Brane said 52 families had been reunited, a tiny share of the 1,000 or so still separated.

She added: “So there’s nowhere to go to find out who was separated or not. It really is case-by-case detective work.”

Brane also told “60 Minutes” that some of the separated children had been gone so long that they considered their host families in the US to be their parents now.

“In many cases, these children are with sponsors who they now call mommy and daddy, right?” she said. “And so it’s not as simple as just saying, ‘Going to put you on a plane, and reunify you, and then we’re done.'”