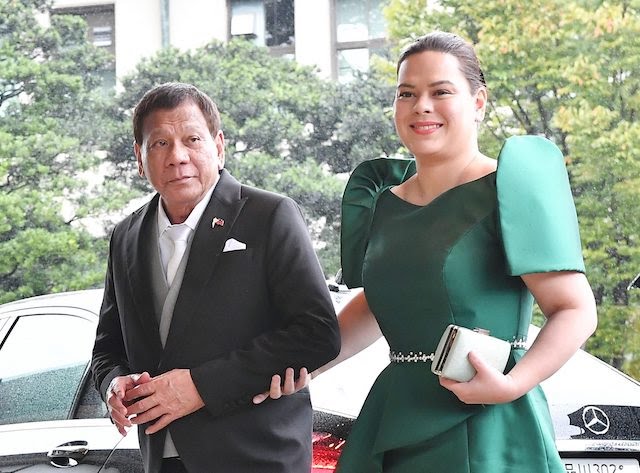 According to reports reaching Oyogist.com, Mayor of Philippine’s city of Davao, Sara Duterte-Carpio has contracted COVID-19.

This raised concerns for her dad, President Rodrigo Duterte.

The mayor has been playing first lady role since her dad divorced her mum, Elizabeth Zimmerman in 2000.

Duterte-Carpio’s office announced on Saturday that the mayor tested positive for COVID-19 and urged those who had close contact with her in the last 14 days to self-monitor for symptoms.

They were also advised to get tested five to seven days from their contact with her, reports inquirer.net.

As of Saturday, Duterte-Carpio was experiencing mild symptoms and is currently in isolation, her office said.

Her office said that the family requested for “complete privacy” and asked the public to refrain from sending tokens for well-wishes.

The Davao City mayor was supposed to be on medical leave from Tuesday, October 5, to Friday, October 8, to go to Singapore.

However, she had to postpone her trip as one of her companions tested positive for the virus.