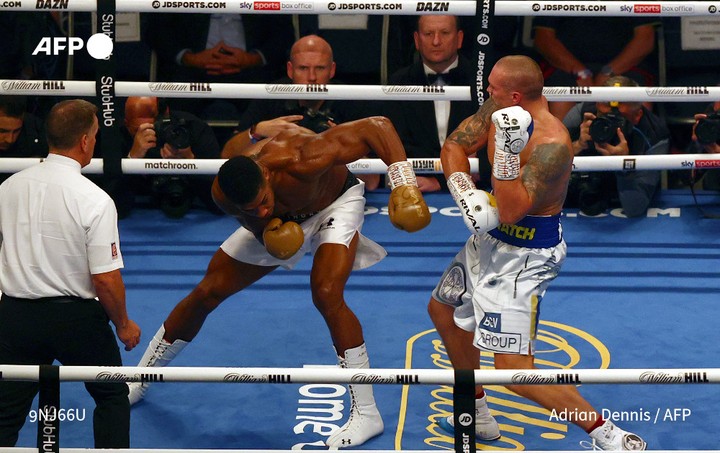 Oyogist has learned that wrestling champion, Anthony Joshua suffered a massive defeat yesterday during his fight with Oleksandr Usyk.

Usyk started the match by landing series of punches on Joshua.

But it wasn’t for long, as Usyk gathered momentum and began to land yet more convincing blows to the Brit, whose right eye was badly injured towards the end of the bout.

Both fighters gave it their all, and Usyk went on the front foot in a thrilling final round.

The star, who has only had two fights at heavyweight, broke down in tears after the decision was announced.

‘I’ve been locked up in a house for months,’ DJ Switch cries out

Three dead as Amtrak train derails in US state of Montana