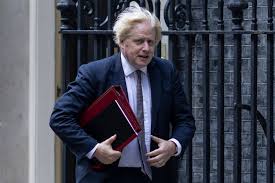 18-year-old Raducanu has caught the eyes of many following her recent feat.

Posting on her Twitter account after the victory, she wrote: “Pure happiness under the lights in New York.

UK Prime Minister, Boris Johnson shared his congratulatory message to Raducanu, in a post on his official Twitter handle.

“Well done @EmmaRaducanu for a brilliant win at the #USOpen. The whole country will be cheering you on in the final.”Thursday night’s stunning 6-1 6-4 win means just one match stands between Raducanu and one of the most extraordinary achievements in tennis history.
boris johnsonGrand slamRaducanu
Share
0
FacebookTwitterPinterestLinkedinRedditWhatsappTelegramViberEmail