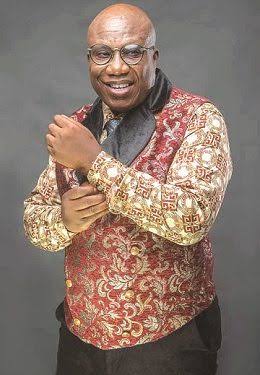 Veteran Mike Okri, the veteran musician has contracted COVID-19 a day before he was meant to travel, Oyogist.com reports.

Okri made this known via a Facebook live as he reveals he is devastated he can’t travel as a result of it.

He further revealed he has gone into self-isolation at home for 10 to 14 days.

He also urged people to be careful as this is real and that a lot of people out there are carrying the virus.

Okri said: “Hey folks, this is coming to me as a rude shock. I had my Covid test on Friday, hoping to fly today, Saturday and it turned out it was positive.

“I’m so devastated, which means that I can’t travel for another 10 to 14 days. As I’m speaking now, I’m self-quarantined.

“I just want to tell folks that yes, for those doubting Thomases, that the damn thing is real.

“I’m feeling funny; even though I had my vaccines, double shots, I’m still almost like, hmm, that doesn’t mean that you’re immune.

“So, folks, there are a lot of people walking around with it, but they don’t even know.”

Okri relocated to the United States in 1995.

The legendary Mike Okri is a popular Nigerian musician whose music made wave in the entertainment industry from the 1980-90s.

He is the founder of Mike Okri Entertainments, an entertainment record label that helps in discovering market talents in music.

#BBNaija: Nigerians react as pere takes off his mic on Maria’s order