“All Afghans’ should feel safe under us – Taliban security chief says 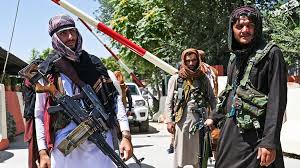 Oyogist has learned that Khalil Ur-Rahman Haqqani, the chief security officer for Taliban in Kabul, has echoed the group’s claims that “all Afghans” should feel safe under their Islamic Emirate, and that a “general amnesty” has been granted across the nation’s 34 provinces.

Speaking to newsmen earlier today, Haqqani whose associates are also taking a leading role in establishing security in the capital, said the Taliban is working to restore order and safety to a nation that has seen more than four decades of war.

“If we can defeat superpowers, surely we can provide safety to the Afghan people,” Haqqani, said.