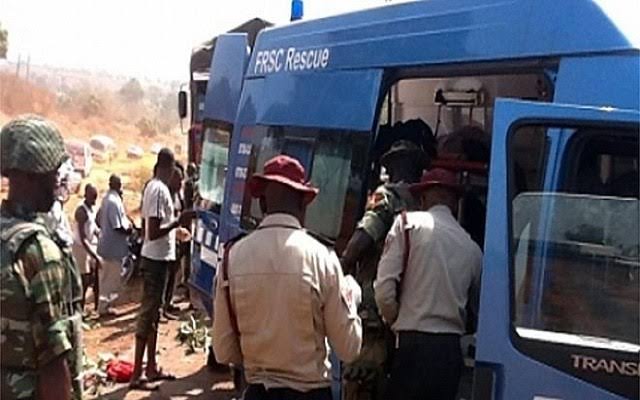 Oyogist.com has learned that no fewer than 5 persons yesterday were killed by a fully loaded petroleum tanker at Celica area on new Ife-Ibadan road, Egbeda Local Government Area of Oyo State.

It was gathered that the truck driver reportedly lost control and rammed into the taxi conveying the commuters to their destinations.

An eyewitness explained that there were six people in the taxi but about four were confirmed dead.

Mrs Uche Chukwurah, the FRSC Sector Commander in the state, who confirmed the incident said the accident involved two vehicles, which included a fully loaded petroleum tanker and a Micra taxi car.

The sector commander said the tanker had a brake failure, lost control and rammed into the Micra car leading to the death of all passengers in the car.

“The deceased has been deposited at the Adeoyo Hospital mortuary.” she said.

Chukwurah further said that men of the Fire Service were also at the scene to prevent fire outbreak.