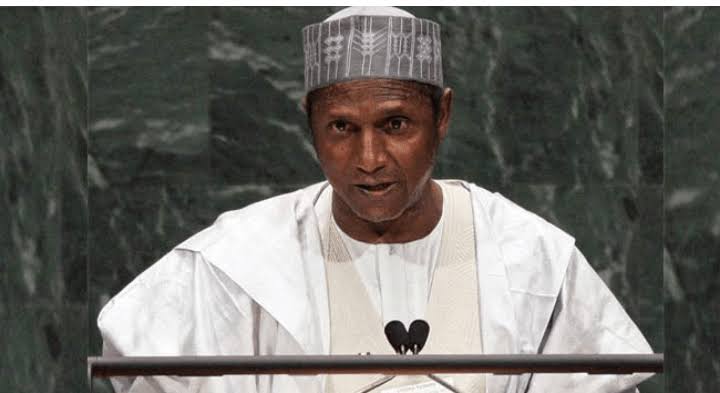 According to reports reaching Oyogist.com, the Son of the late President Umaru Yar’Adua, Aminu has been released from prison after alleged ‘settlement’.

Aminu Yar’Adua, 36, was remanded by a Magistrate’s Court in Yola on Thursday, in prison for allegedly killing four people in an auto crash in Yola, Adamawa State.

Yar’Adua, a student of the American University of Nigeria, Yola, was charged to court for allegedly causing death by dangerous driving on 23 June, 2021.

In the First Information Report (FIR) tendered in court by police prosecutor Insp. Zakka Musa, it was alleged that while driving along Yola bye pass on 23 June, 2021 , Aminu crushed six people as a result of over speeding.

The court heard that four of the victims were killed and the other two were injured in the accident.

But, when the FIR was read to the defendant as prayed by the prosecutor, he denied committing the offence, describing the allegation as untrue.

At that point, the prosecutor pleaded with the court to adjourn the matter, to enable him duplicate the case file and forward same to the Department of Public Prosecutions for legal advice.

The Magistrate, Jummai Ibrahim, granted the prosecution’s request and adjourned the matter to 19th August, 2021, and ordered for him to be kept in custody till then.

It had been gathered from court sources on Monday that Aminu Yar’Adua had been released after a settlement between his family and the families of the four people killed in the accident.

A close relative of one of the deceased, Aisha Umar, said in confidence that they were taken to the Magistrate court where they were asked to leave the matter to God and that they obliged and left the matter.

The prosecuting Magistrate’s Court had earlier been told that the relatives of late Aisha Umar, Suleiman Abubakar, and Jummai Abubakar had demanded the sum of N15 million from Aminu as compensation.

Following Aminu’s sudden release, it was alleged that his family paid out the N15 million, but Aisha Umar’s relative said no money exchanged hands between Aisha’s family and the Yar’Aduas’

“We were not given a penny. If there is any arrangement, we were not aware of it as a family,” the relative said.

A source close to Aminu Yar’Adua insisted, however, that N15 million went from Aminu to the bereaved families.

“I can confidently tell you that there was a settlement between the Yar’Adua family and the families of the victims.” He insisted.