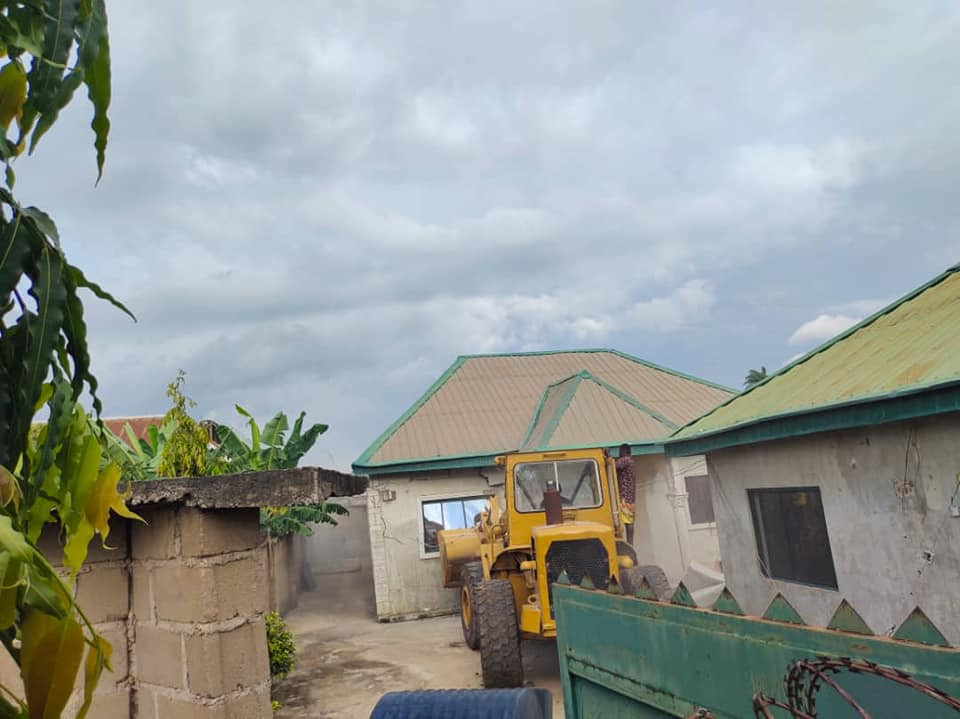 According to reports reaching Oyogist.com, the house of the kidnappers of Benue State Commissioner’s wife has been demolished.

Governor of Benue State has ordered that the house used as operational base of the gang be demolished immediately after the victims were rescued.

This is In line with provisions of the Benue State Law on Prohibition of Abduction, Hostage-taking/kidnapping, Cultism and similar activities.

The apartment was pulled down by a pay-loader on Monday afternoon.

In an interview with journalists, Special Adviser to the Governor on Security Matters, retired Colonel Paul Hemba said the action was a faithful implementation of the law as the structure was being used by kidnappers to keep their victims and negotiate for ransom.

He stated that two suspects were arrested in connection with the kidnapping in addition to the three who were killed in an exchange of gun fire with men of ‘Operation Zenda’, the special anti-crime unit of the Benue State Police Comand.