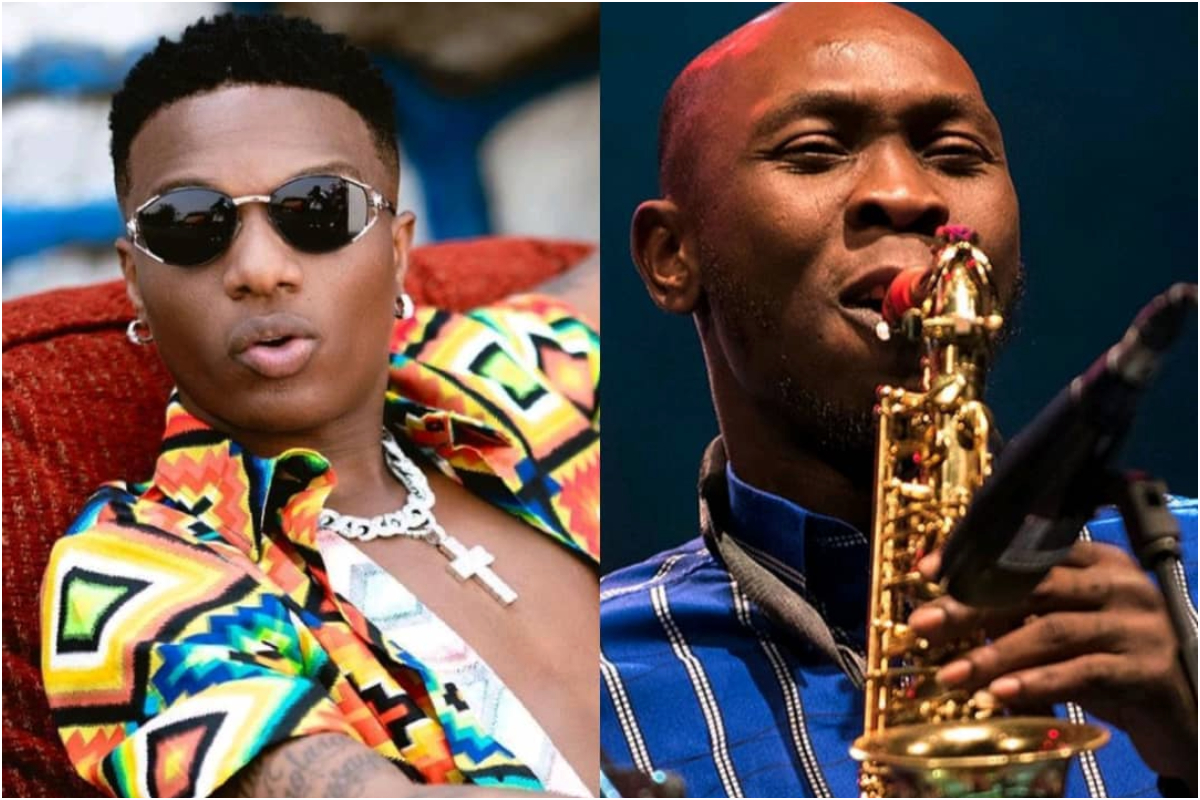 According to report reaching oyogist.com, Seun Kuti has dared Wizkid’s fans to open a school in Shitta area of Lagos State in honor of Wizkid.

Kuti said this after Wizkid’s fans continued dragging him for his Grammy comment.

Recall that Wizkid had responded to Kuti’s message about his fans mocking him on social media after he received the Grammy plaque for Best Music Video for ‘Brown Skin Girl’ with Beyoncé.

Wizkid wrote; “Don’t mind them jare. Get the sax and make some music brother. We all enjoyed your last album, we still Dey dance like this.”

However, Wizkid’s response was seen as sarcasm by some of his fans who went on Kuti’s page, insisting that the superstar was indirectly shading him.

Kuti, who seems to be out for Wizkid’s fans described those slamming him as the stupid fans who are disgracing Wizkid.

According to him, until Wizkid’s fans open a school in his name, they are nothing but ‘Buhari’s children’.

In a viral video, Kuti said: “The intelligent ones among Wizkid followers did not engage, you all in my comments are the stupid ones. Wizkid with his comment is trying to let you people know to stop nonsense. Me and Wizkid na guys.

“You are just disgracing Wizkid, if you love Wizkid I dare you to open a primary school in shitta in his name.

“My fans put 4.6m every year into the lives of [people in my community in the name of Seun Kuti.

“Wizkid FC I dare you open a primary school in the name of Wizkid, then I’ll understand you people are something because for now you are nothing but Buhari’s children.”

DJ Cuppy Reacts After Twitter User Claimed that “her life is different because of...