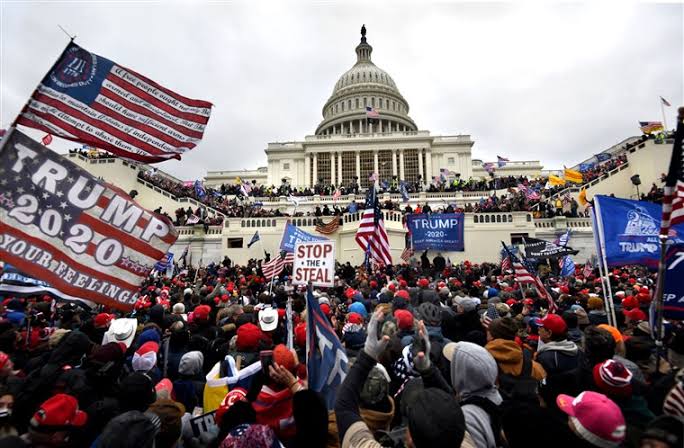 Oyogist.com has learned that Former U.S. President, Donald Trump has shared his opinion regarding the turnout of events during the protest held at the U.S. Capitol on 6 Jan.

According to the former president, the rioters were “hugging and kissing” police upon entry.

“Look — they went in, they shouldn’t have done it. Some of them went in and they’re hugging and kissing the police and the guards. They had great relationships,” Trump said during an interview with fox news..

Trump’s statement comes as some Capitol police officers are currently under investigation for supporting the Capitol breach, and being friendly with the protesters.