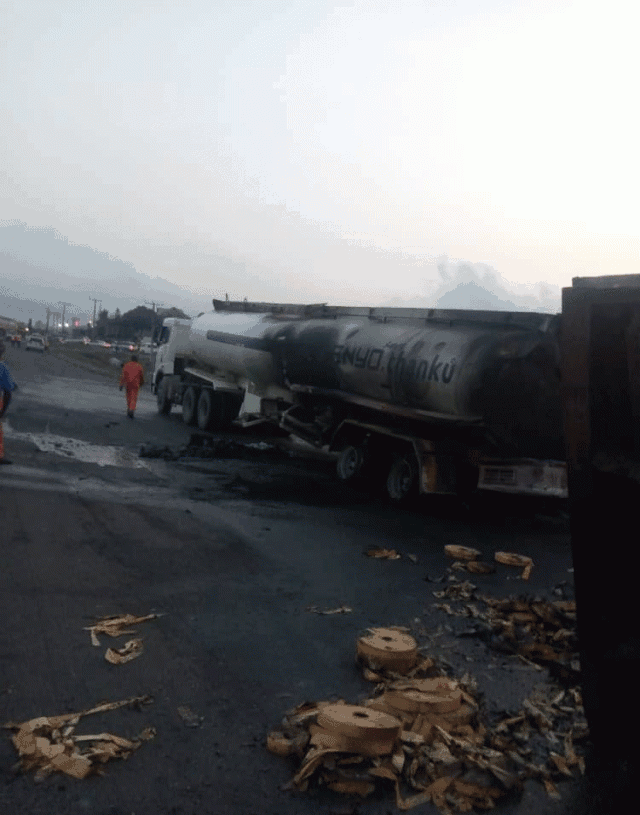 Oyogist.com has learnt that residents residing on the Otedola bridge axis of Lagos State have witnessed a severe fire incident during the early hours of Saturday, as seven vehicles were severely burnt due to a petrol tanker collision at Otedola Bridge along Lagos-Ibadan Expressway.

No casualties has been confirmed yet, as the Director-General, Lagos State Emergency Management Agency, LASEMA, said the fire has been put-out by a rescue team and men of Lagos Fire Service.

He said: “Mop up is being concluded at about 6a.m. Saturday and recovery effort ongoing.”