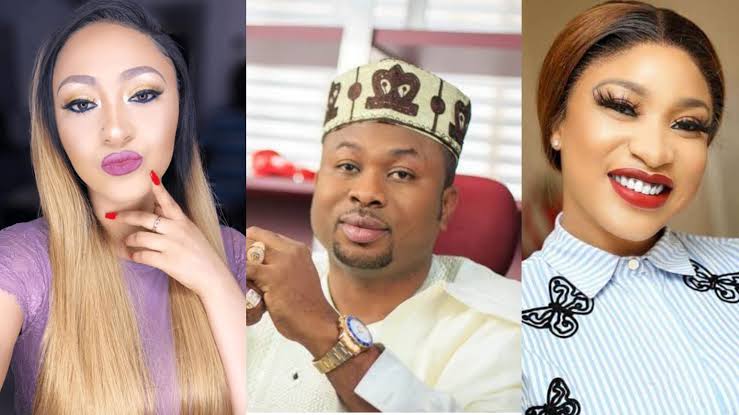 Recall in the middle of Tonto and Churchill’s fight, Tonto had said Rosy made their marriage crash as she was sleeping with her man.

Today, the story is different as Churchill has now officially introduced her to the world as his wife.

Taking to his Instagram page, to wish her a happy birthday, he wrote;

“A special sunrise, on this precious day, a great woman was born.

During my hard times when depression would have taken the better part of me, you were my bedrock.

When it was like the whole world was against me, you stood by me, even took some missiles because of me.

When I thought I lost it all, you encouraged me to hope on God that he will give me back all l have lost.

“Sophia Momodu is trying hard to get Davido back”- Kemi Olunloyo