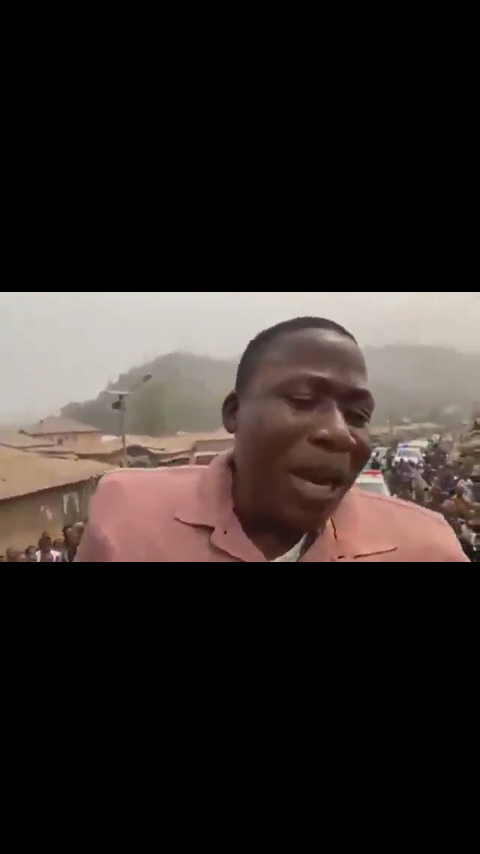 According to report reaching oyogist.com, the Aare-ona kakanfo Sunday Igboho has ignored Governor Seyi Makinde order as he visited ibarapa to address the people.

Recall that oyogist.com had earlier reported that Sunday Igboho stormed an uncompleted building where Fulani herdsmen resides and he gave them an ultimatum to vacate building.

This generated a lot of reactions in which the Oyo state Governor, Engineer Seyi Makinde had to openly warn Sunday igboho not to cause mayhem in the state.