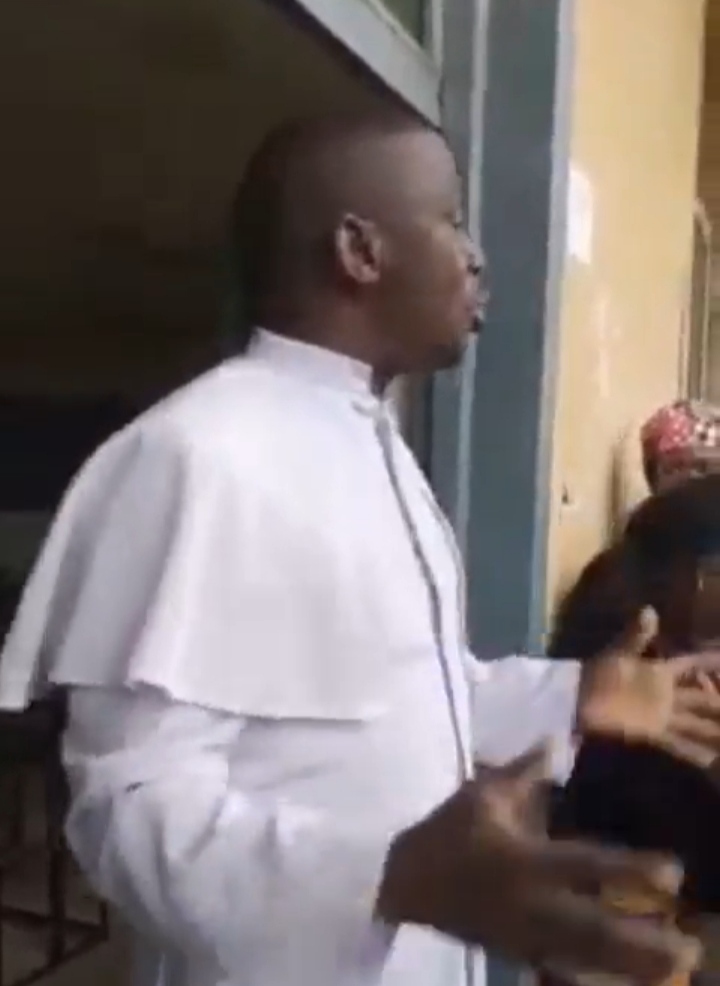 A viral video obtained by Oyogist captured the moment a Catholic priest in JOS chased members who came without their PVC’s away from the church, Oyogist reports.

This incident comes following the ongoing PVC sensitisation in various parts of Nigeria.

As seen in the short clip, the priest, identity withheld, reportedly instructed the congregation to come with their PVC’s, without which, they won’t be allowed access into the church for mass.

However, while some came with theirs,others who didn’t have were asked to return back home until they get their Permanent Voters card PVC.