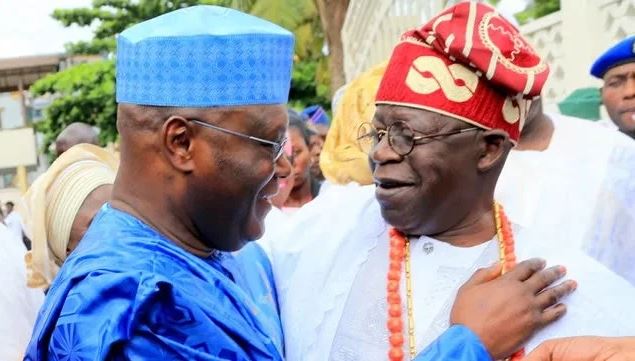 Oyogist has learned that Peoples Democratic Party presidential candidate, Atiku Abubakar has congratulated the Bola Tinubu on his victory at the presidential primary of the All Progressives Congress.

Abubakar emerged as the candidate of the opposition party at the PDP special convention in May, after defeating Rivers State Governor, Nyesom Wike, and former Senate President, Dr Bukola Saraki, among others.

The former vice president took to his social media pages to congratulate the former governor of Lagos State, stating that the APC presidential primary was a hard-fought contest.

“Congratulations, @officialABAT, on your emergence as your party’s presidential candidate. It has been a hard-fought contest, but that you prevailed confirms your tenacity,” he wrote.

APC Fell Into Our Trap And Picked Tinubu – Reno Omokri