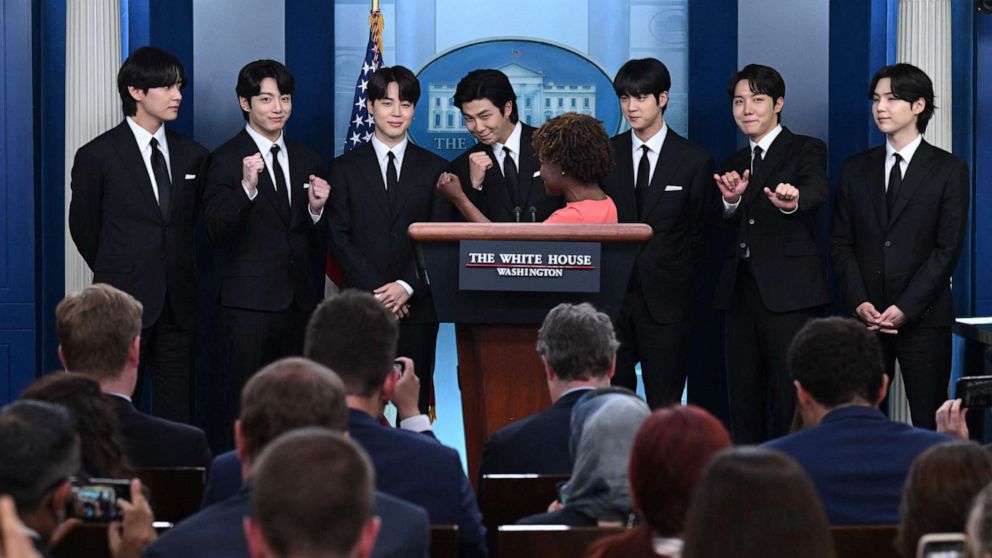 The group while speaking at the White House press briefing earlier today, celebrated the diversity that can be seen within their fanbase, which has transcended continents, languages and cultures.

BTS has so far, amassed an international fanbase, selling out stadiums worldwide and winning awards from the MTV Video Music Awards, American Music Awards and more.

“We still feel surprised that music created by South Korean artists reaches so many people around the world, transcending languages and cultural barriers,” said Jungkook, according to a translator.

“We believe music is always an amazing and wonderful unifier of all things, he said further.

Meanwhile, In closed door meeting at the Oval Office, President Joe Biden and the music group plan to discuss Asian representation, inclusion and anti-Asian discrimination in the U.S.