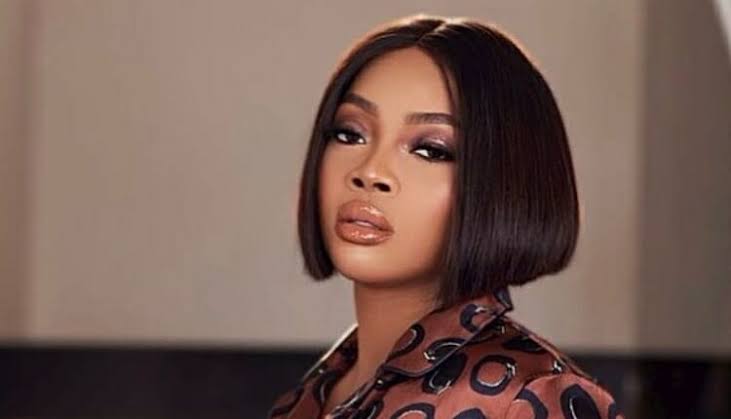 Media personality, Toke Makinwa, has said that the definition of a strong woman by Nigerian men is long-suffering, emotional abuse and high tolerance of accepting bad behavior, oyogist reports.

Toke sharing her thoughts on Twitter this evening added that society defines strength by the amount of BS she endures.

Here is what she wrote;”Nigerian men’s definition of a strong woman is long suffering, emotional abuse and a high tolerance of accepting bad behavior. You’ll hear them say “she turned the boy in me into a man”, that means her name is endurance, the woman has endured.

Society encourages that sort of narrative, women are seen as strong by the amount of BS she’s has to endure till the man was ready to give her peace. When they meet the women who stand up for themselves? Society labels them as wayward and too opinionated. Who is Society again?

They automatically think being alone at a certain age means you are miserable. Would you not rather be 55 and alone than enduring BS with someone? If that’s the definition of miserable, a beg which one will you rather be?”