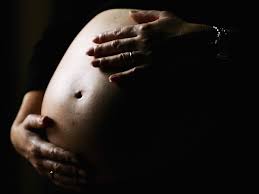 Oyogist has learned that an 18 year old girl has reportedly commited suicide after she was forced to get pregnant and deliver a child ‘ for her rapist’.

The girl, whose identity still remained unknown as at the time of filing this report took her own life shortly after she welcomed the child.

Our correspondent gathered that the parents of the girl made her deliver a child for an unknown visitor of theirs who allegedly had interc*ourse with their daughter.

A lady who happens to be the cousin of the deceased disclosed that although she tried to help out, the girl’s parents locked her inside the house and refused to let her out until she delivered the child.

Netizens, while reacting slammed the parents of the deceased for being so insensitive towards the well-being of their daughter.